“A captivating maritime story, both subtle and dramatic.”
—Kirkus Reviews

“Enjoy this book before it hits the silver screen. With a story so compelling and cinematic, populated with irresistible characters, it’s destined to become a major motion picture.”
—Terry Rossio, screenwriter, Pirates of the Caribbean 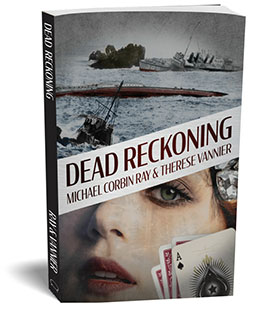 DEAD RECKONING by Michael Corbin Ray & Therese Vannier. Sailor Emmett Haines is having second thoughts. His job on the destroyer Delphy is easy enough and his side hustle fleecing civilians with his much-practiced card skills brings good money to himself and his shipmates. But there has to be more to life than this. Then while on liberty in San Francisco he meets the free-spirited, enigmatic Ruby—a woman who seems to understand his game, and who opens up a new world of possibilities. The only catch now is that his ship is due to return to San Diego in the morning, and he’s under suspicion after someone steals a wallet from a close friend of his captain—an act that will have fateful, even fatal, consequences.

Inspired by the true story of a major U.S. Navy disaster off the coast of California a century ago—in which seven ships and nearly two dozen sailors were lost in a single night—Dead Reckoning imagines a mix of real and fictional officers, civilians, and low-ranking enlisted sailors from their adventures in Prohibition-era San Francisco up through the tragedy and its aftermath. The book brings to vivid life a little-known bit of history in a tale that is both exhilarating and heartbreaking. 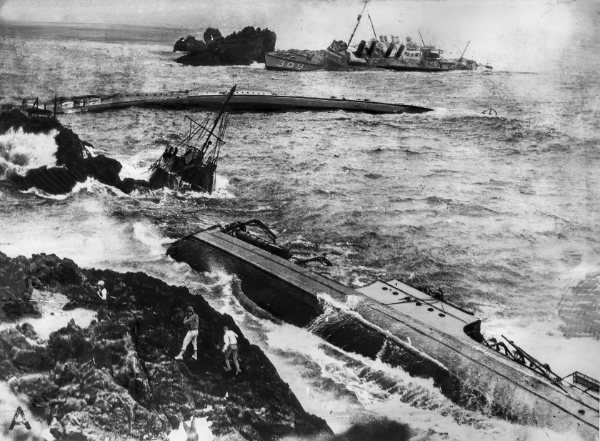 ALSO BY THE AUTHORS: THE LONG WAY

THE LONG WAY by Michael Corbin Ray & Therese Vannier. Take flight to China’s Opium Wars of the mid-19th century in this epic historical fantasy. Young orphan Leung Chi-Yen, born into the seedy world of Canton brothels, finds an opportunity to escape her fate during the chaos of British attacks on her country. Along with an unreliable monk from the fallen Temple of Seven Dragons, she journeys to North America at the time of the gold rush, the Indian wars, and the taming of the Wild West. Can she forge a new life for herself in this strange, dangerous world? And what about that mysterious Chinese dragon that has followed her so far from home?